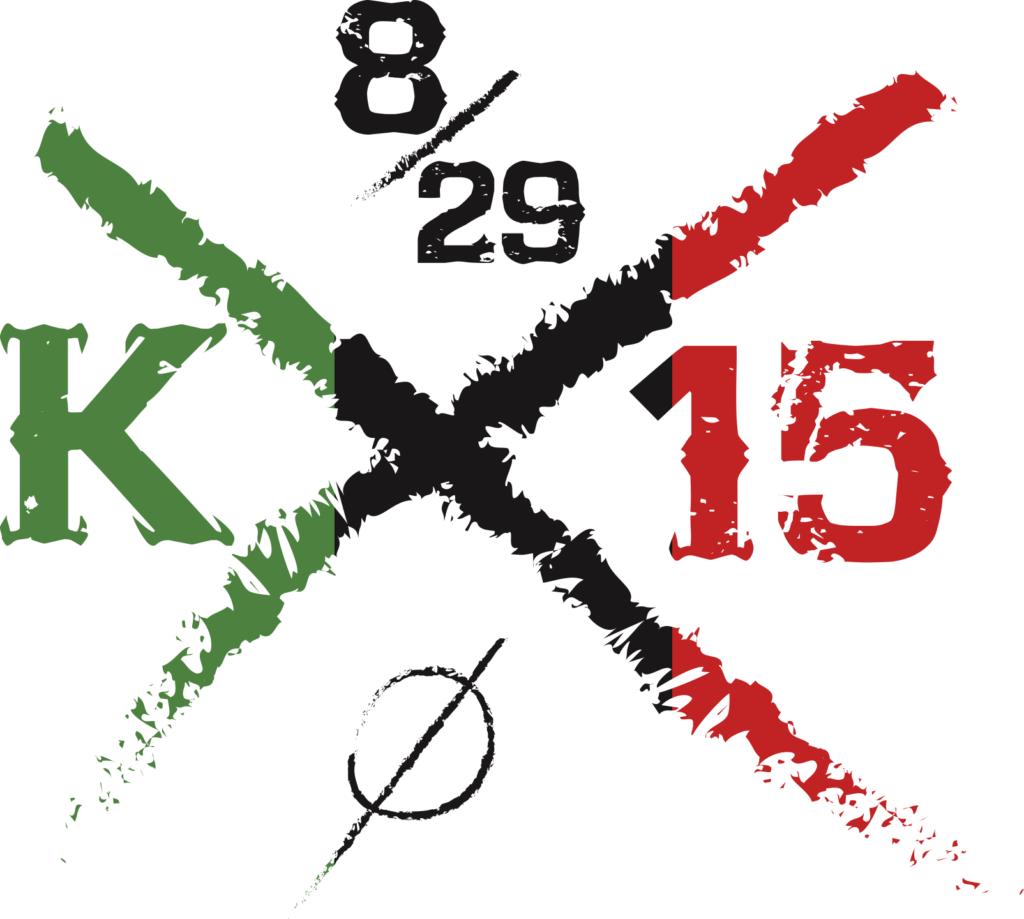 I Will Attend
More Info 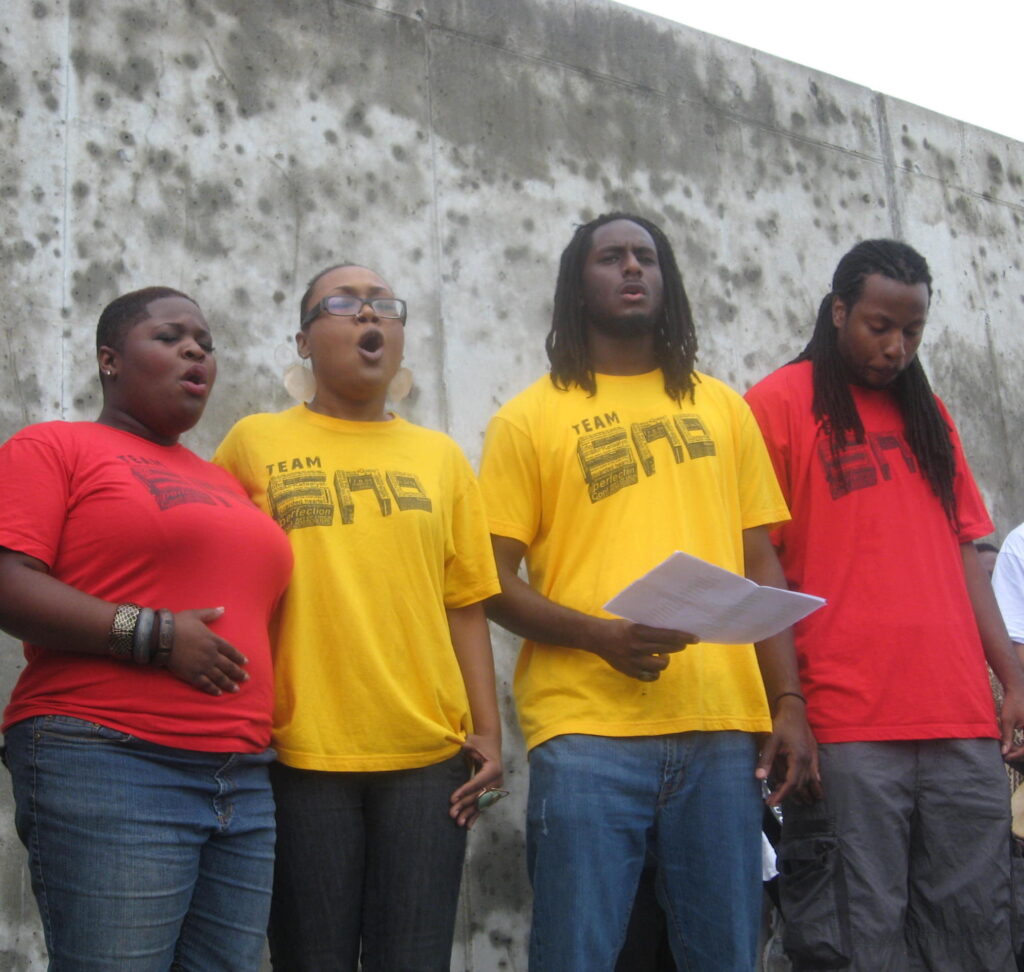 15 Years of Commemoration and Advocacy 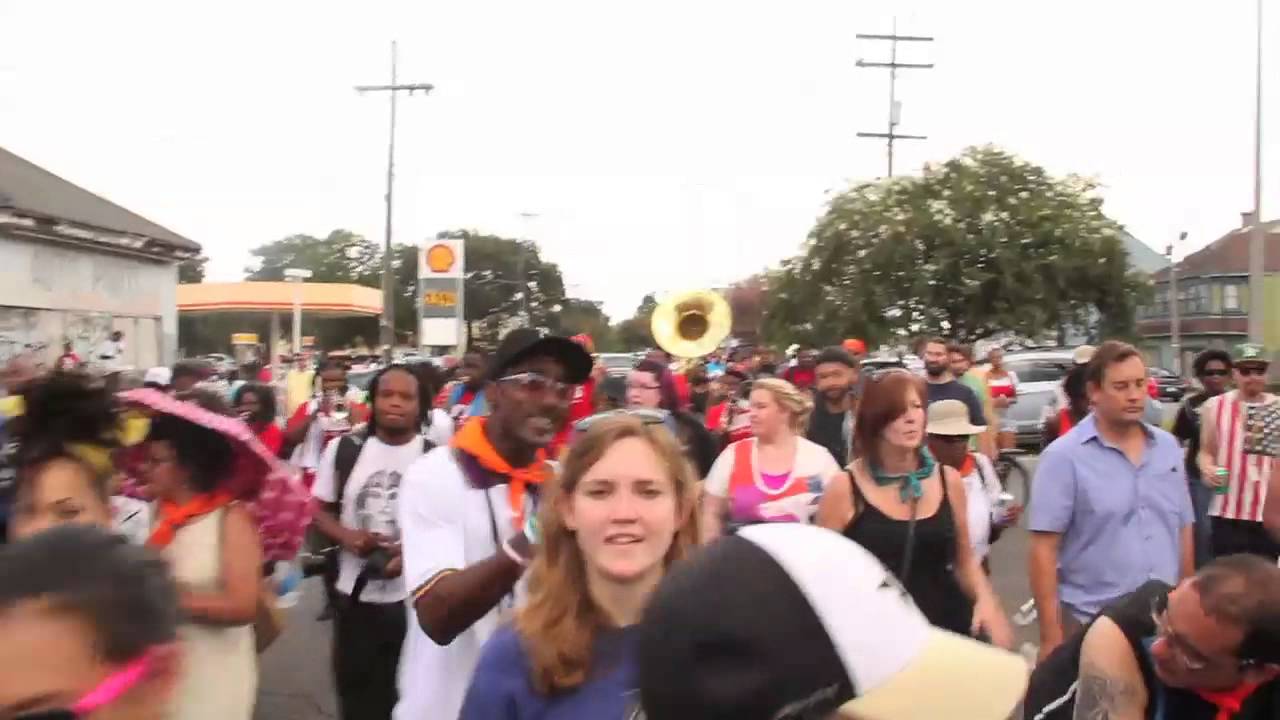 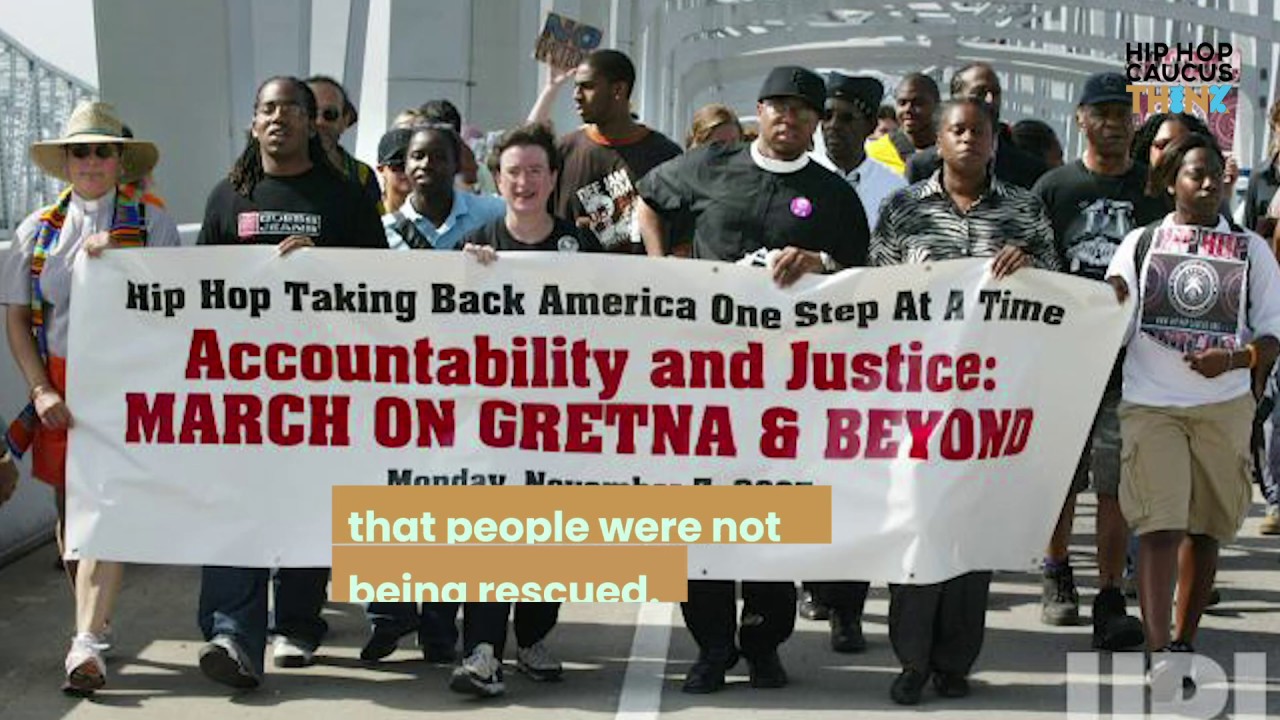 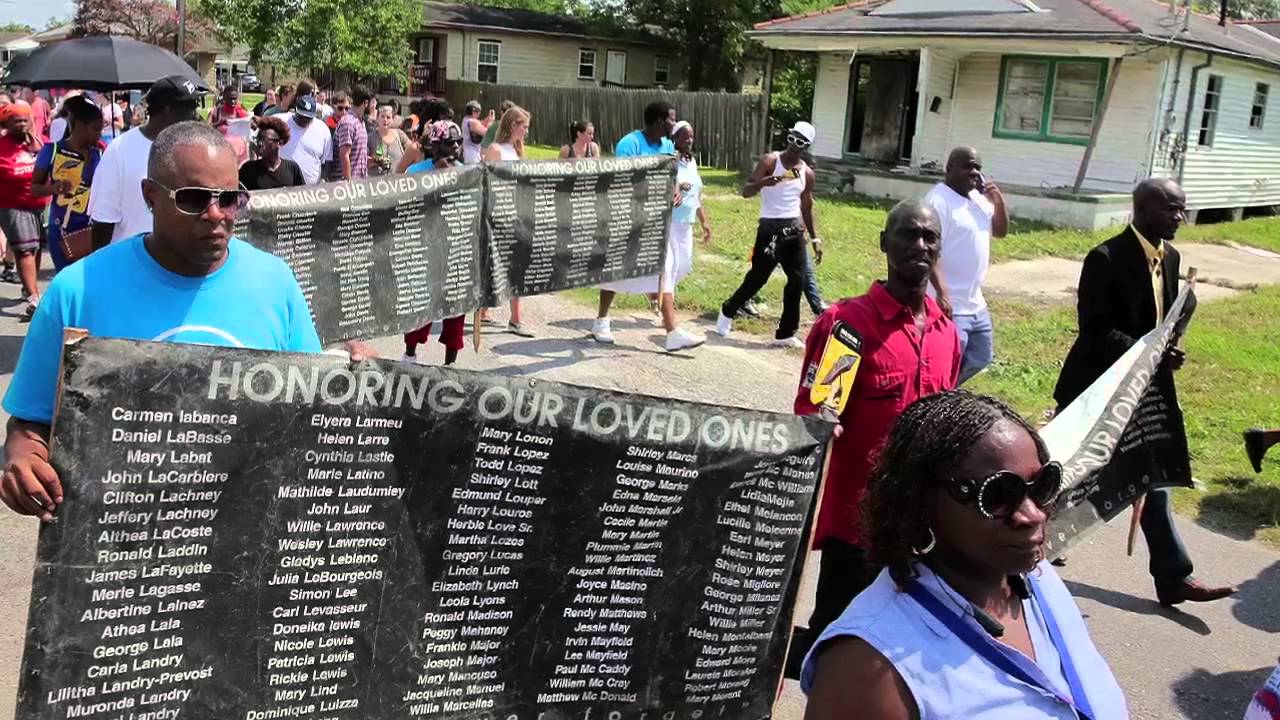 When Hurricane Katrina hit the gulf coast 15 years ago, Black people and poor people were left to die in the richest country in the world. Each year on the anniversary we commemorate our loved ones we lost, celebrate our resiliency, and demand justice and a just future.

Each and every year since Hurricane Katrina, we have marked the anniversary by organizing a community led commemoration. Annually on August 29th, we start the morning in the Lower 9th Ward where the levees broke, with a healing ceremony and a reading of the names of those who died. We then march through the streets until a brass band joins us at our half-way point to lead us the rest of the way in the New Orleans’ Second Line tradition. We end at Hunter’s Field where we hold a rally with speakers and performers. Join us this year for the 15 year anniversary. 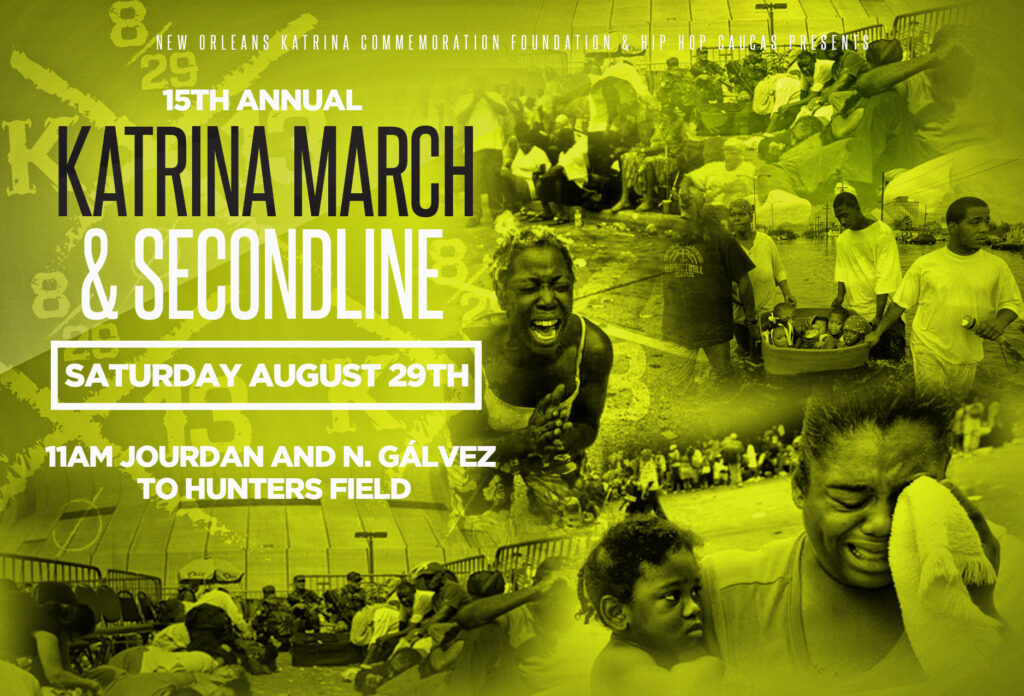 Against the backdrop of where the levees broke in the lower 9th Ward, we hold a healing ceremony. Community members gather for a multi-faith prayer and a reading of the names of those who died during Hurricane Katrina.

When the healing ceremony concludes we start the march in a solemn spirt. As the march grows in numbers, spirits are lifted. Half-way through the march a brass band joins and we transition from somber to celebratory remembrance and commemoration in true New Orleans fashion. We secondline the rest of the march to Hunter’s Field.

Even more people join at Hunters Field for an afternoon program with speakers and performers, vendors, and community organizations. For the 15 year anniversary we will have some very special guests, and we will be announcing a full line-up very soon.

Let us know you're coming

Katrina 15: Climate Justice is Racial Justice National Conference is a one day online convening where we will discuss systemic racism, envision an anti-racist climate movement, and organize.
Join with activists, local and national leaders, artists, and community members for discussion and action at the intersection of climate justice, the movement for Black lives, and the November election. 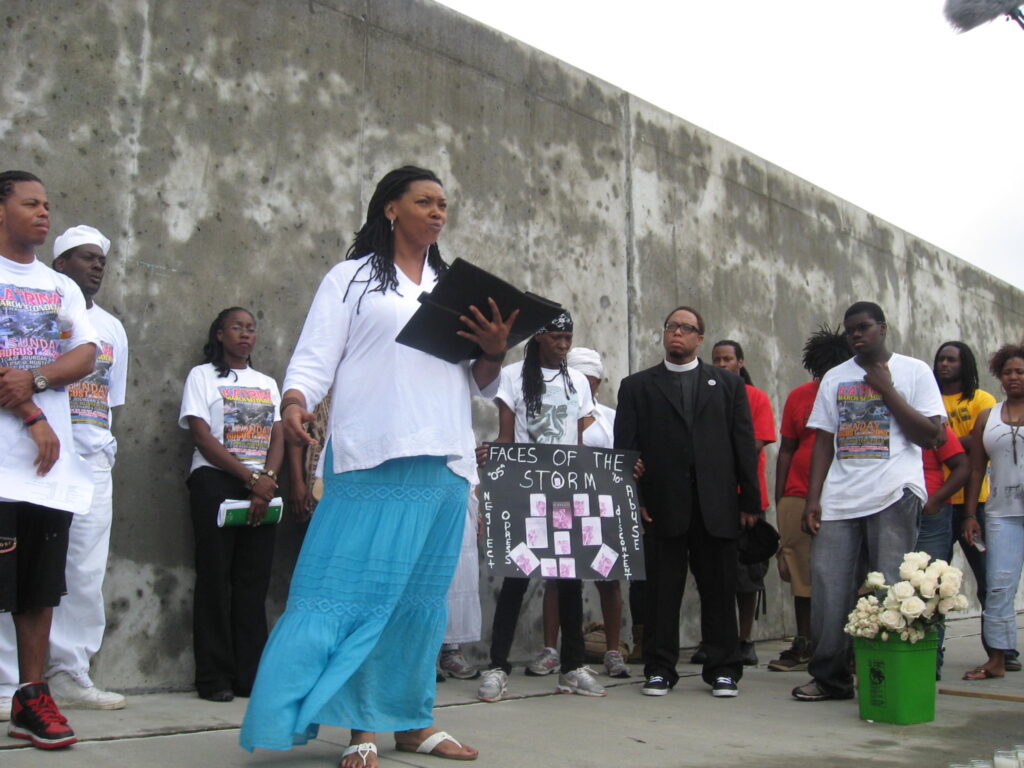 During the aftermath of Hurricane Katrina 15 years ago, the climate movement watched, along with the entire world, as Black people and poor people got left behind to die in the richest country in the world.
It is time to eradicate anti-Blackness and white supremacy in our climate movement.
Black, Indigenous, and People of Color are first and worst impacted by toxic pollution, climate disaster, and economic exploitation within the fossil fuel economy. This is while we deal with police violence, structural violence of poverty, and inequities across wealth, education, health, housing, criminal justice, and public safety. And, compounding things further, now we are living through a pandemic that is disproportionately impacting us.
Simply put, there cannot be climate justice without racial justice.
15 years after Katrina, we are coming together to share a critical framework and analysis on climate justice and racial justice. This conference is for activists, organizers, community leaders, elected officials, and this is also for all the people who are newly woke to anti-Black racism and want to practice anti-racism. This conference is for you!

Sunday August 30th, 2020
An Online Event
Start 11:30am est / 10:30am cst / 9:30am mst / 8:30am pst
End 8:30pm est / 7:30pm cst / 6:30pm mst / 5:30pm pst
The program will include speakers, panels, and performances. We will break down climate intersections and anti-Black racism, reparations, divest-invest solutions, economic justice, community self-determination, and building political power.
Register now, the event is FREE.
The complete schedule is coming. Register and we will send you the program as soon as it is announced. 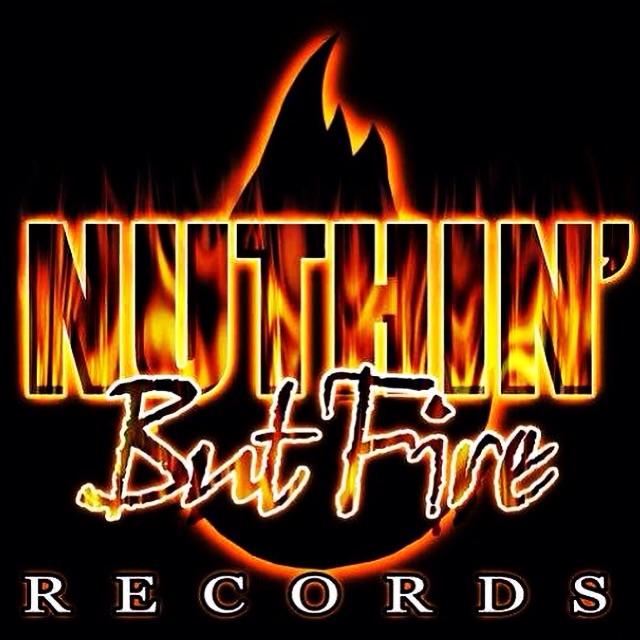 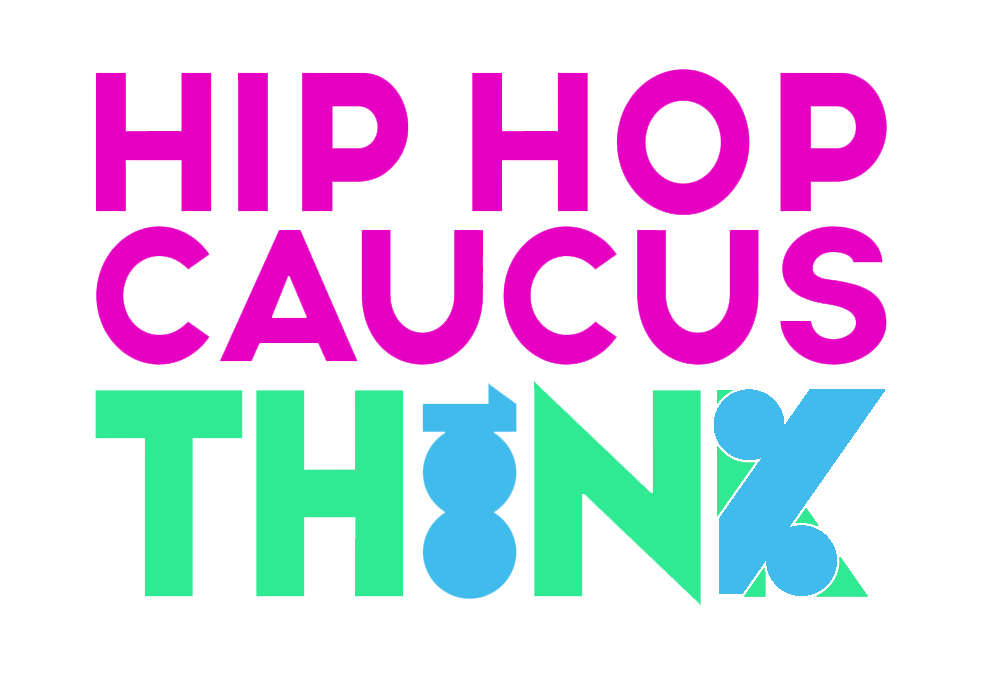 I STAND FOR BLACK LIVES AND CLIMATE JUSTICE AND I WILL VOTE THIS NOVEMBER!

If you have questions about if you can vote or how to vote, please find everything you need to know at Respect My Vote! 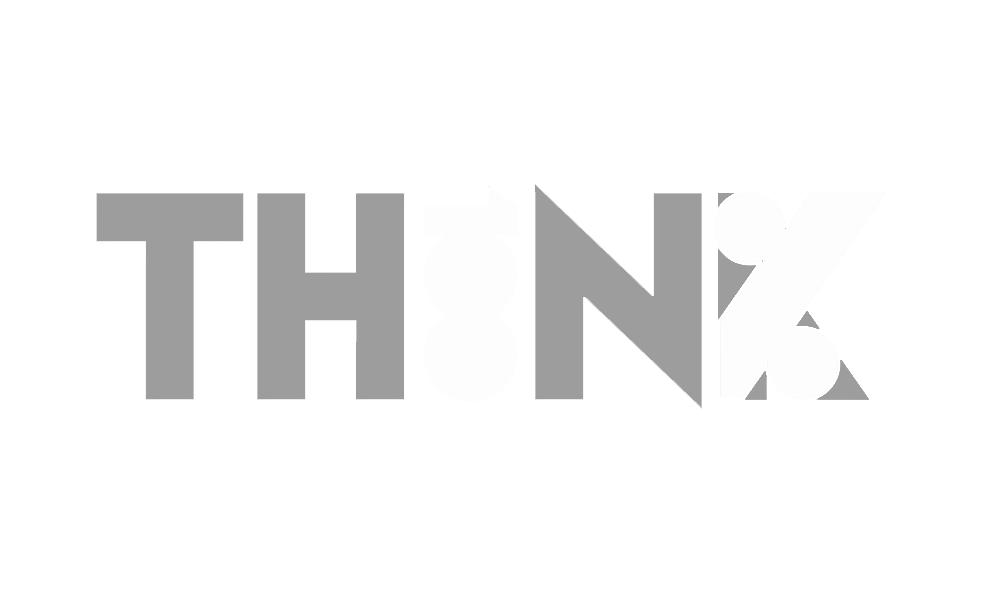 I stand for Black lives and climate justice and I will vote this November!

Take this pledge and Hip Hop Caucus’ Respect My Vote! campaign will keep you updated with election reminders, tips, tools, and inspiration to make sure you are all set to vote this November.
Donate