Ain’t Your Mama’s Heat Wave is a stand-up comedy special from the frontlines of the climate crisis. It’s filmed in the St. Paul’s district of Norfolk, VA, a Black public housing community that is being redeveloped because of climate flooding, sea level rise, and a legacy of racist urban policies. The city of Norfolk, which is below sea level and sinking, is grappling with the climate crisis and racial injustice.

Four Black millennial stand-up comedians take the stage to “make the climate crisis funny” in front of a St. Paul’s audience who are at risk for a Hurricane Katrina-like disaster and who are currently being displaced from their homes. Things are not so funny when it’s clear that climate threats can mean life or death. But, in the Black American tradition of struggle, resilience, and triumph in the face of existential threat, the joy of comedy, music, and art informs and empowers. 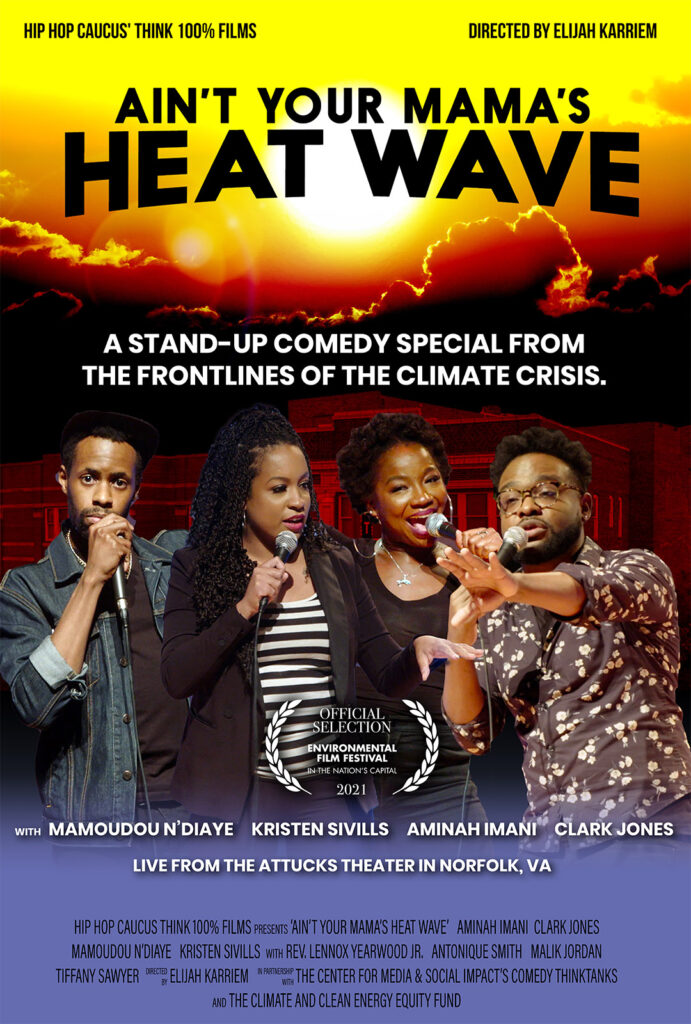 This project is being produced by Hip Hop Caucus Think 100% FILMS, in partnership with CMSI Comedy ThinkTank and The Climate and Clean Energy Equity Fund.