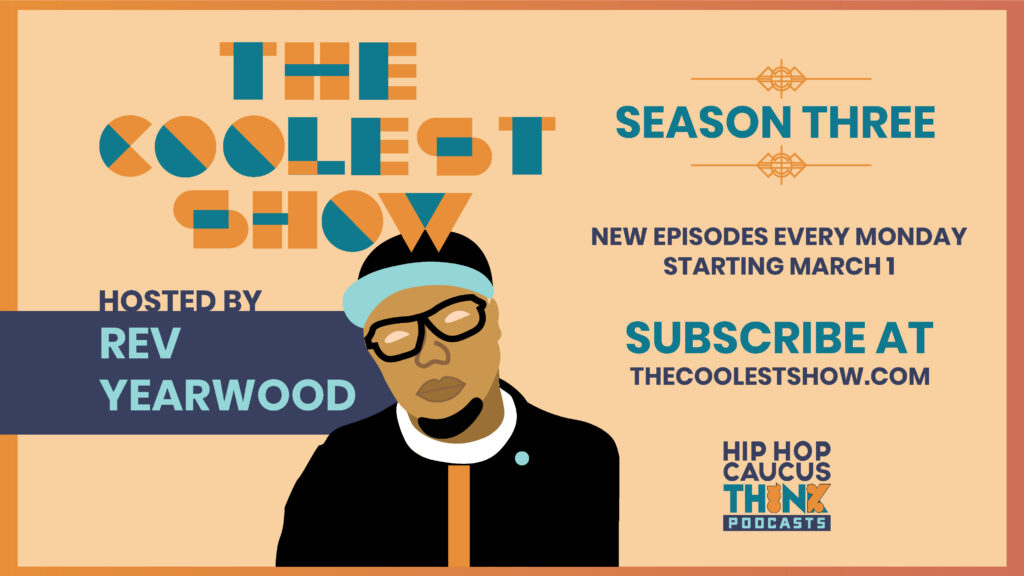 The Coolest Show is about connecting you, the audience, to brilliant leadership from Black, Indigenous, and Brown people, where we discuss the root causes of climate change and how we can right wrongs by solving the dual existential crises of climate and racism together.

In 2021, season three of The Coolest Show redefines how we win on climate and environmental justice centering Black and Brown climate activists and communities of color. Host Rev Yearwood brings his charismatic and loving self to each conversation, and creates a space where guests speak from their souls. This season focuses on how the climate crisis connects to our realities, who’s responsible for the crisis, and how to use people power to end environmental racism.

Season 2 of The Coolest Show features discussions with some of the most inspiring people on the planet. While full of expertise on climate justice, racial justice, and politics, the heart of The Coolest Show is getting to know people who are changing the world, in their own voices.

Season 1 is a live radio format, with current events and guest interviews. Antonique Smith and Mustafa Santiago Ali join Rev Yearwood as co-hosts on many episodes.

This is part of Hip Hop Caucus’ Think 100% wholistic efforts larger vision to reframe climate justice in our people’s understanding of the world imagination as central to the pursuit of racial justice and freedom, and to build an anti-racist climate movement.