“Climate Change is your issue. No matter who you vote for, who you pray to and in what language, what nation’s flag you wave, or who you love, it does not matter. We all share a home and we only have one of them.” - #thealbumHOME @think100climate 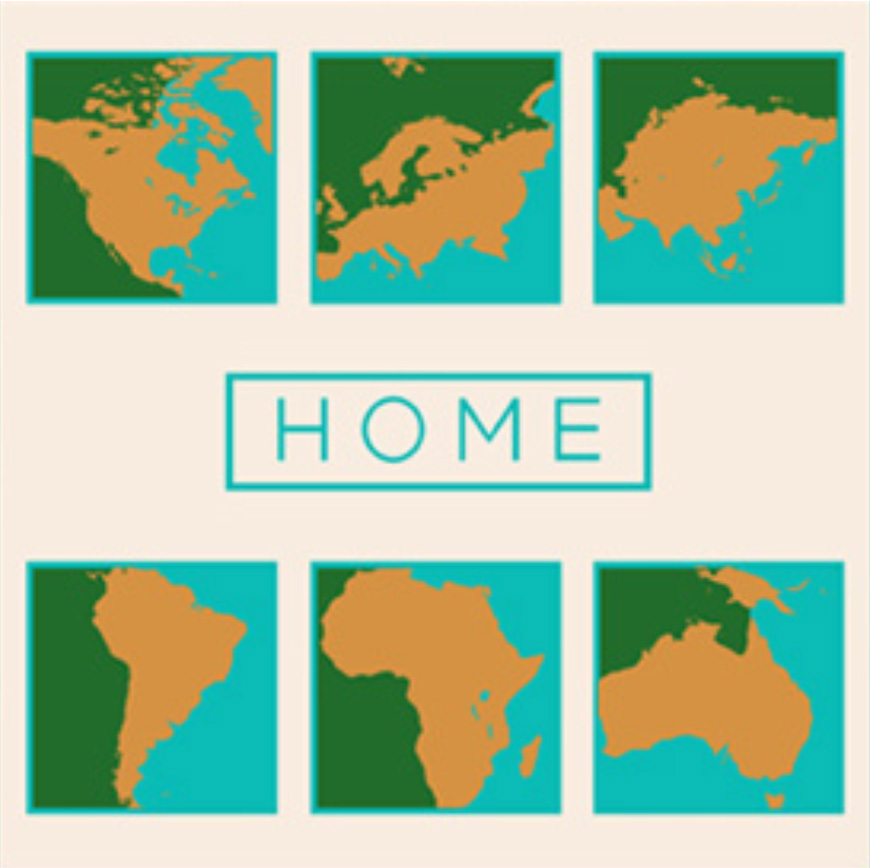 A diverse group of leading recording artists, music producers, and songwriters came together to create a music project entitled the album HOME (Heal Our Mother Earth). Artists featured on the album include: Common, NE-YO, Elle Varner, Karmin, Raheem DeVaughn, Crystal Waters, and more. The project features eleven tracks and was released in fall of 2014 for the People’s Climate March when millions of people took to the streets of September that year to demand world leaders take action on climate.

Four of the records are original songs including a powerful ballad belted by Raheem DeVaughn called Outerspaceship, and a hard-hitting rap collaboration called Trouble in the Water between Common, Compton-based artist Kumasi, and Malik Yusef.

The album includes covers of some of the most significant environmental-themed songs of all time, such as Michael Jackson’s Earthsong, covered by NE-YO and Sonna Rele, Marvin Gaye’s Mercy, Mercy Me, covered by Antonique Smith, and Joni Mitchell’s Big Yellow Taxi, covered by Karmin.

Not every song speaks to environmentalism directly, but every song speaks to the themes of our home and the future for our children, such as moving covers of Which side are you on?, covered by Elle Varner, and Children of the Ghetto, covered by Crystal Waters. Jessica Care Moore and Candice Glover perform an emotional cover or One of Us, and neo-soul singer Choklate answers existential questions in a cover of Everything.

The album HOME is a soundtrack for the climate movement.

At the time of the release of the album one of the most important ways for people to support U.S. leadership on climate was to rally our voices in support of President Obama’s proposed Clean Power Plan, which was designed to dramatically cut dangerous carbon pollution from our nation’s power plants.

People could make their support known by telling the Environmental Protection Agency (EPA) they want limits on carbon pollution. The album’s liner notes invited listeners to take action in multiple ways, including by adding their name to support the EPA’s limits on carbon pollution. Due to the overwhelming power of people’s voices, in spite of industry’s efforts to defeat it, by August 2015, the EPA adopted the Clean Power Plan as policy.

The album’s music continued to be promoted to generate support for climate action leading up to the United Nations Global Climate Change Conference, COP21, held in Paris, France in 2015, when the Paris Climate Agreement was finalized and then ratified in April 2016.

The album HOME helped bring awareness and move the over 60,000 people to action who downloaded the album during this time – a monumental reach for an independently released project.

President Trump has since rolled back the Clean Power Plan and withdrawn the U.S. from the Paris Agreement. The work is far from done. Stream the album HOME for inspiration and take action now in our action center.

We all share a home, and we only have one of them, join us to Heal Our Mother Earth.